Congrats On Planning Your Big Day!!!

If you're looking for someone to photograph your wedding in a relaxed, unobtrusive fashion, and who will capture real moments & create portraits you will cherish forever... I'm your guy!

​My name is John Davydov and I am a wedding photographer based in New York City that is available to travel worldwide. I have won the "Brides Choice Awards 5 years in a row from WeddingWire.com. My laid-back personality puts the couples in the driver’s seat when it comes to their wedding day. If you want to have fun on your wedding day than you have come to the right place.  Scroll down see for yourself on what my team and I can do for you! 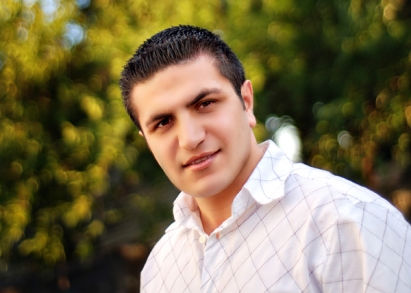 We Retouch All The Photos We Capture

" My husband and I searched for months before deciding on a wedding photographer. Photography in Style was referred to us by a friend, and we booked them before our first meeting was over. I could tell right away that they were a cutting-edge company with innovative ideas. Our engagement photos were out of this world, and John spent hours making sure we had all the right shots. We recently picked up the proofs from our wedding day, and I can't stop looking at them. They did a fabulous job! Out of all of my wedding vendors, Photography in Style was by far the best; we don't have a single complaint. If you are still looking for a wedding photographer/videopgrapher, there's no need to look any further. Photography in Style gets a an A+ across the board. "

Still Not Convinced? Get Our Complimentary E-Book

Enter Your Information Below And Get Our E-Book

A wineglass sits on the floor in the middle of a crowded room. Suddenly, a polished shoe falls like a hammer and pulverizes the fragile crystal, sending shards of crystal skittering over the dance floor and unleashing an explosive chorus of “MAZEL TOV!” all across the room.

Welcome to a Jewish wedding.

Weddings are an important art of Jewish personal and social life. For one thing, Jewish weddings form the bedrocks of Jewish communities. It is in the act of marriage that family is made possible. The importance of family life, and the supportive community that stems outwards from it, stands at the very center of Jewish community. JEWISH WEDDINGS are more than simple celebrations or formalities. For the couple getting married, the Jewish wedding is not only a contract between the two marriage partners, but also a contract between the couple and the broader Jewish community of which they are a part.

Just as no two relationships are the same, no two JEWISH WEDDINGS are the same. Each one is characterized in large part by the couple that are being married, the guests at the wedding, and the community in which the wedding is taking place. There are, however, a number of commonalities to Jewish weddings that make them identifiable as a group.

For one thing, the role of the Jewish wedding is often symbolically similar to different couples. In traditional Judaism, the act of marriage is a contract that is formed between a husband and wife to complete the union of two individuals into one harmonious unit. While modern Jewish weddings reflect this belief in varying degrees, the typically play a similar role in the lives of the bride and the groom.

The marriage plays a significant role in broader family life. It is important in many Jewish communities that the two families on both sides of the altar approve of their child’s prospective spouse. Usually, JEWISH WEDDINGS are planned only after the bride and the groom have sought and gained approval for the wedding in advance. Typically, the families of both the bride and the groom are involved in the process of planning the wedding and in planning the wedding itself. The cooperation between the family of the groom and the family of the bride in this process lays the foundation for a lasting positive relationship.

Not only do weddings unite Jewish men and women in the bonds of holy matrimony, but they also provide festive occasions for family and friends to gather and socialize. Jewish weddings are one of the rare opportunities in the Jewish community that individuals of all ages come together to socialize at the same time. While many Jewish families take pride in family life and encourage intergenerational relationships between family members, there are not many gatherings that do a better job of dissolving generational distinctions than Jewish weddings. There are few things more beautiful than the delight of a Jewish grandfather dancing with his young Jewish granddaughter under the auspices of matrimony.